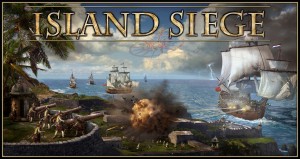 The Kickstarter campaign for my new game Island Siege is live! The publisher APE Games has done a fantastic job so far in putting the game together. The game will come with some great components like cards with gorgeous artwork, custom metal coins, and mini-meeples (smaller than a regular meeple, but just as cute).

The campaign ends on February 25th and we’re nearly halfway there as of this posting. We’re off to a great start but we need your support! Link